WORLD WAR I BEGINS FOR AMERICA & THE CALL GOES OUT

The posters were printed. The call went out. And the message was very clear. You’re country needs you. Volunteer.  And so Americans did.  By the hundreds.  By the thousands.  By the tens of thousands and more by World War I’s end in 1918.

Why?  Americans did not go to war blindly.  In 1916 President Woodrow Wilson won reelection to a second term, partly on the promise to keep the United States out of the war in Europe.  Since August 1914 the United States had remained neutral while the great powers of Europe were locked in a titanic struggle, brutally inching their way to promised victories that never could be realized.

The causes were complex and are still in dispute today. At first it was called “The Great War.”  A generation later it became known as the first of two “World Wars.”  Millions of soldiers died on the battlefields and in the trenches. Disease took its toll, too.  In 1918 the Spanish Influenza, spread by troops returning home, ravaged populations already devastated by four years of war.

In 1917, provoked by Germany on both military and diplomatic fronts, the United States joined with the Allies (England, France, and Russia) against the Axis (Germany, Austria-Hungary, and Italy) and the nation began to mobilize as it had never done before.  American industry went into high-gear, supplying weapons, ammunition, transports, battleships, and for the first time ever, tanks and planes for the troops. 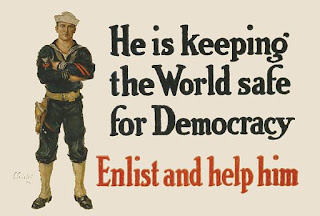 Training camps such as Camp Zachary Taylor near Louisville were rapidly constructed and old outposts such as Ft. Thomas in Campbell County were given renewed purpose.  Many from Harrison County got their first taste of Army life at these camps and at many more like them as they sprang into existence across the country.

How did they serve?  The only action some saw was in a training camp, but they were not entirely safe there; accidents and disease took their toll.  Some were posted stateside while others made it all the way “over there,” to the Western Front in France, where their arrival was anxiously anticipated by a war-weary population. In 1918, for the first time in a long time, the Allies could anticipate a final chapter of the war, one entitled “Victory.”

Many from Harrison saw, what was to them, a strange new world in the Old World of Europe, and wrote letters home of their war experiences.  The letters were full of places with strange, unpronounceable names, which would soon fill American history books as the names of battles in which many Americans fought and a few from Harrison died. With America firmly committed to the war effort, the only writing left for Germany’s Kaiser Wilhelm II and his Axis partners to do, was to sign an armistice, which brought the war to an end on November 11, 1918. 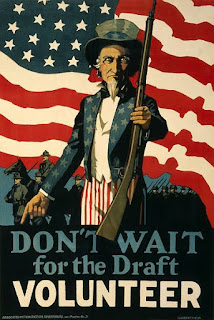 Why am I spending a lot of time and effort on maintaining my website and posting to this blog?  Well, I will tell you.

My grandmother, who was born near Antioch Mills but raised near Berry, Kentucky, had two of three brothers, her only brother-in-law, and her only two male first cousins join the ranks of the hundreds of thousands of men, and maybe a few women, who answered Uncle Sam's call to go "over there," to France, and to win the "war to end all wars."

So, with all those family members who were in the service, the history of the war has become a little hobby for me, partly out of necessity, with all those records to look up for my uncles and cousins, and partly out of interest in what I consider to be a fascinating period in U.S. history.

As part of my research I have compiled some databases based on records found in the Harrison County Courthouse in Cynthiana that would be of interest to anybody who wants to know if their ancestor, uncle, or cousin ever served in the U.S. military during World War I.

And so the genesis of the World War I pages at my website, www.HarrisonCountyKy.US, and this blog, a tool I hope to use to update the site and to inform my fellow local historians, family historians, and genealogists about important events and articles which are produced as the United States commemorates the centennial of its involvement in World War I.

So, as I always say, just click, read, learn and enjoy! 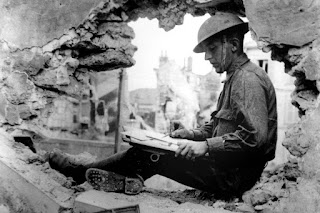 Posted by Philip at 8:39 AM No comments:

A MISSION STATEMENT ABOUT WINNINGWORLDWARI.COM

A nation has many motives in going to war. Usually, the goal is to win. Outcomes are hardly ever so clear. America was a victor in World War I, aka the "Great War" or the "War to End All Wars." Much was lost and the war was neither great nor the last. Peace came, yet it was only a brief pause in a violent century.

In 1917 America declared war and the people of Kentucky did their part on the home front and the battle front. Here is how one county, Harrrison County, helped to win WWI.

Posted by Philip at 8:55 AM No comments: 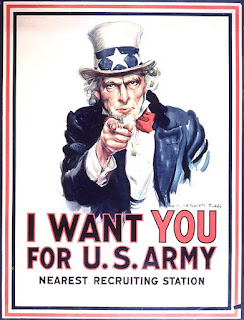 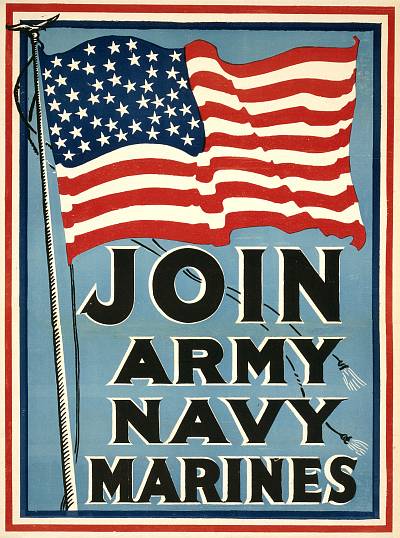 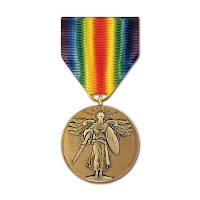